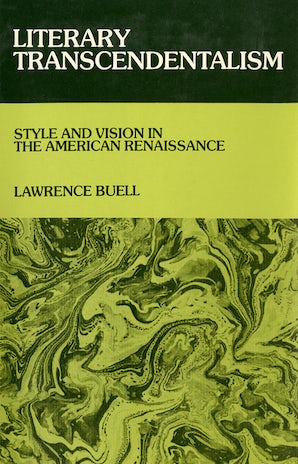 Style and Vision in the American Renaissance

Broader in scope than any previous literary study of the transcendentalists, this rewarding book analyzes the theories and forms characteristic of a vital group of American writers, as well as the principles and vision underlying transcendentalism. All the movement's major literary figures and forms are considered in detail.Lawrence Buell combines intellectual history and critical explication, giving equal attention to general trends and to particular works and individuals. His chapters on conversation, religious discourse, catalog rhetoric, and literary travelogue treat intensively topics that have been relatively neglected. His analyses of Ellery Channing's poetry and the use of persona in Emerson and Very are also innovative. In the final section, he offers the first systematic account of the autobiographical tradition in transcendentalist writing.This incisive and sympathetic overview of transcendentalist writing and thought will attract readers interested in American culture, and it will suggest new critical approaches to nonfiction.

"Buell's solid grasp of the religiousness of the transcendental literary discipline is a welcome insight. Buell finds that truth and beauty are two sides of the same transcendental coin, and this perception shapes a very fine book."

"Buell's wide-ranging, flexible, catholic approach is a match for the diversity and variety of his materials."

"Lawrence Buell's Literary Transcendentalism is one of the best studies of the literature of the American renaissance to appear in quite some time; it takes what might well be thought academy-worn subjects and says interesting and suggestive things about them. It is the best book I know on the subject of transcendental aesthetics."

Lawrence Buell is Powell M. Cabot Professor of American Literature Emeritus at Harvard University. He is the author of many books, including, most recently, .