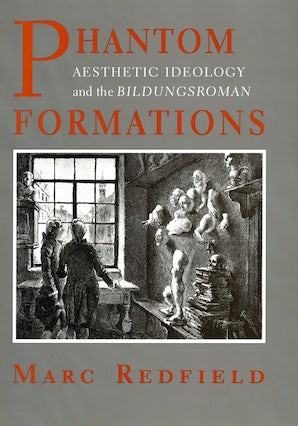 Aesthetic Ideology and the "Bildungsroman"

Marc Redfield maintains that the literary genre of the Bildungsroman brings into sharp focus the contradictions of aesthetics, and also that aesthetics exemplifies what is called ideology. He combines a wide-ranging account of the history and theory of aesthetics with close readings of novels by Goethe, George Eliot, and Gustave Flaubert. For Redfield, these fictions of character formation demonstrate the paradoxical relation between aesthetics and literature: the notion of the Bildungsroman may be expanded to apply to any text that can be figured as a subject producing itself in history, which is to say any text whatsoever. At the same time, the category may be contracted to include only a handful of novels, (or even none at all), a paradox that has led critics to denigrate the Bildungsroman as a phantom genre.

"A thoughtful, complex book that integrates aesthetic philosophy, close textual readings, and literary theories, all of which eventually make a leap to talk about what we mean by culture, history, and humanity, what we do when we read or teach literature, and why the twentieth-century institutionalization of literature has generated the curious phenomenon of ‘literary theory'."